My brain was addled and my neck ached. I had been sitting

too long in front of the computer. I couldn’t even motivate myself enough to procrastinate. And then I saw the sun was shining. Why not grab one of the tasty korvapuusteja my wife had just baked and head for the woods? END_OF_DOCUMENT_TOKEN_TO_BE_REPLACED

As an author of a mere half of a book, I feel greatly honoured to have been invited by the enterprising Tiffani Burnett-Velez to participate in her Historical Novel Blog Tour, mingling with such illustrious writers as Meara Platt, Douglas Hawkins, A. David Singh, Claudia Long, Greg Michaels, Barbara Eppich Struna, Eleanor Parker Sapia. Thanks for the privilege.

Who you are, where you’re from, your writing credits

I wrote this bit under palms in the Brazilian jungle, sipping a freshly-made caipirinha. All nine family members – including two charming grandchildren – were visiting our daughter-in-law’s relatives for Christmas.

Born in (old) Jersey GB, my father was Swiss, my mother of French Huguenot stock. I studied physics in London and met my Finnish wife in Geneva during a research project at CERN. After many moves, we have settled in a beautiful village near Zürich, Switzerland. I’m now facing the prospect of retirement. END_OF_DOCUMENT_TOKEN_TO_BE_REPLACED

I doubt that Silvanus saw many motor boats from his hillside home on Elba. But he certainly watched the birds and shipping. And dreamed of adventure in the big, wide world.

END_OF_DOCUMENT_TOKEN_TO_BE_REPLACED

I woke up the othe

r morning to find this little fellow threatening me with his lightsaber! I had thought he was a wee harmless angel, who just sat there, minding his own business. Had he come to life? What made him so unfriendly, all of a sudden? Or was it, perhaps just me, imagining things? END_OF_DOCUMENT_TOKEN_TO_BE_REPLACED 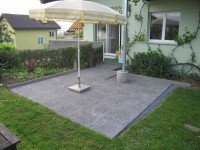 END_OF_DOCUMENT_TOKEN_TO_BE_REPLACED

As a would-be writer, I, of course, also do a fair amount of reading. 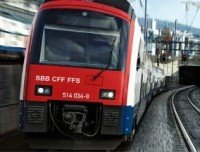 One lesson I’ve learned is that a novel is far more enticing to read than any text-book, philosophical monograph, or non-fiction treatise. I read in the bus and train on my way to work. END_OF_DOCUMENT_TOKEN_TO_BE_REPLACED