It’s one thing to say I have completed the first draft of Aquila – all 34½ chapters – but quite another to say my book is finished. 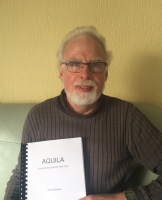 I’ve benefitted greatly from the constructive and critical feedback I’ve received over more than two years through kindly colleagues in the Ubergroup on Scribophile and through less tolerant friends at the OtherWorlds Writing Group in Zürich. Considering all the – sometimes contradictory – remarks and suggestions was a major job. Then I started on some other issues I knew needed attention.

The next stage was a chapter-by-chapter Combo Check with Pro Writing Aid (Have a look at their Special Offer), which revealed a huge number of stylistic weaknesses, such as sticky words, far too many adverbs, repeated words, long sentences and overuse of things like ‘think’, ‘believe’, ‘then’, ‘heard’, ‘just’, etc. 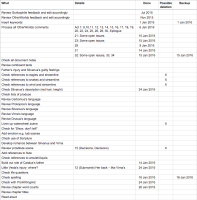 A professional editor requested a double-spaced hardcopy, so I had two drafts printed. The second is for my own use – to read aloud (my wife has volunteered as a captive audience) and for further reviewing.

There’s still a way to go and – unless the editor says it’s unworthy of publishing – one of the next steps will be to have a cover designed.

Aquila won’t be on the shelves tomorrow!