Many aspects form a novel – plot, pace, voice, character arc, setting, backstory, etc. But a novel wouldn’t be anything without characters. And readers want to get to know the main players. 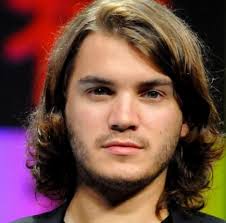 Among other things, they want to discover what they look like. And that, in turn, means they want to see their faces.

I’m not good at faces. Legend has it that I didn’t recognise my mother, although we had arranged to meet outside a certain shop. Often it’s only when an acquaintance I haven’t seen for a while does something – raises their eyebrows, speaks or walks in a characteristic way – that I realise who they are; their personality shines through.

Q: How can I, who don’t notice faces, learn to describe my storybook characters’ appearance? 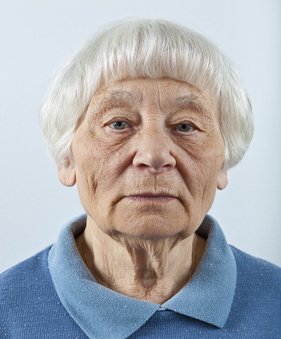 Fortunately, I have a glorious opportunity every day to study multitudes of faces – as I commute to work. There they sit, earphones plugged in and newspapers or smartphones on their laps, carefully avoiding eye-contact.

The first discovery I have made is that faces have both physical and – shall we say – emotional features. I am more aware of the latter, which often reveal something of their owner’s character, but I want to learn to draw pen pictures of their objective features.

Let’s have a go – with the two faces shown

In his twenties, he holds his head at a slight angle, as if wishing to remain detached. His long, curly, dark brown hair, sporting blonde highlights, hangs seductively across his broad forehead and frames his round face. Small, piercing eyes peer out intensively under overhanging brows. A three-day beard and moustache emphasize his tidy, friendly looking mouth, which bears the hint of a smile…

Facial features and their attributes

I’ve started a list of adjectives one might use to describe specific facial features. Maybe that helps…

I knew my traveller with his broad and jetty eyebrows; his square forehead, made squarer by the horizontal sweep of his black hair. I recognised his decisive nose, more remarkable for character than beauty; his full nostrils, denoting, I thought, choler; his grim mouth, chin, and jaw – yes, all three were very grim, and no mistake. His shape, now divested of cloak, I perceived harmonised in squareness with his physiognomy: I suppose it was a good figure in the athletic sense of the term –broad chested and thin flanked, though neither tall nor graceful.

His complexion was singularly sallow: otherwise he was a fine-looking man, at first sight especially. On closer examination, you detected something in his face that displeased, or rather that failed to please. His features were regular, but too relaxed: his eye was large and well cut, but the life looking out of it was a tame, vacant life – at least so I thought… It was not till after dinner that I saw him again: he then seemed quite at his ease. But I liked his physiognomy even less than before: it struck me as being at the same time unsettled and inanimate. His eye wandered, and had no meaning in its wandering: this gave him an odd look, such as I never remembered to have seen. For a handsome and not an unamiable-looking man, he repelled me exceedingly: there was no power in that smooth-skinned face of a full oval shape: no firmness in that aquiline nose and small cherry mouth; there was no thought on the low, even forehead; no command in that blank, brown eye.

I would be very pleased to receive feedback on this post. What is helpful? What have I forgotten? Can you suggest improvements?

One thought on “What’s his face?”