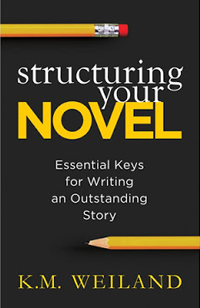 As an aspiring author, I’ve read several books on the art and craft of writing. They confused me. I didn’t even understand the terminology, let alone the principles they advocated.

There’s nothing better than jumping in the deep end and getting feedback from more experienced authors. My hesitant attempts at posting individual chapters of my book for others to critique, have taught me a lot.

I’m beginning to understand and grasp the importance of some of those key terms and concepts:

Action/descriptive beat A description of the actions (gestures, facial expressions, or even thoughts) that accompany a speaker’s words, included in the same paragraph as the dialogue as an indication that the person performing the action is also the person speaking.

Avoid adverbs! Writers are encouraged to use strong verbs instead of cluttering their prose with adverbs. Adverbs seldom add information and sometimes make things less clear. Even excessive adjectives are frowned upon by people like Mark Twain.

Backstory Everything that happened before the story begins and that is in some way relevant to it. Typically, it needs to be introduced subtly and in small doses at strategic places withing the first part of the book, but not too soon.

Character arc How a character overcomes flaws and develops or grows throughout the book.

Cliffhanger An event which leaves the reader in suspense at the end of a chapter or episode, to make him want to read on. If possible, each chapter should end with a cliffhanger.

Dialogue/speaker tag In its most basic form, this consists of the speaker’s name and a speech-related verb (said, shouted, asked, etc.), indicating which character is speaking. How often to use them and when to replace them with an action beat are keys to attractive style and good readability.

Flashback Information that interrupts the forward flow of the story to show the reader something that happened in the character’s past.

Foreshadowing A subtle hint of some important event that will occur later in the story.

Hook The beginning of a book or chapter intended to catch the reader’s interest and draw them into the story or next major scene.

MC (main character), protagonist  The central character in a story, usually the hero/heroine; usually up against an antagonist, human or otherwise.

Pace The speed and rhythm at which the story moves.

Plot The arrangement of the story’s events, including the actions of the protagonist and how these actions affect the characters.

Plotting vs. pantsing Plotters outline in advance of actually writing a book; otherwise, their books meander, and both the writing and the revising is excruciating. Seat-of-the-pants writers, or “pantsers”, claim that an outline robs their writing of spontaneity and keeps their creative juices from flowing.

POV, Point of View The vantage point from which the story or a scene within the story is told. It’s important to maintain the POV faithfully throughout a scene, i.e. not relate things/ideas/emotions which the POV character couldn’t know.

Premise A single sentence expressing the underlying idea of the story.

Scene The basic building block of any story, typically having three parts: a goal; a conflict; failure to reach the goal.

Show, don’t tell! Telling gives the readers bare facts or explicit emotions, with little or no illustration. Showing uses more colourful details of a scene, including the characters’ behaviour, facial expressions, etc., to reveal what they are experiencing or feeling.

Sticky/glue/transition words are the 200 most common words (excluding personal pronouns), which link together the nouns, verbs, adverbs and adjectives. Almost every document could benefit from a reduction in the number of sticky words.

White space, created by paragraphs, is refreshing, helps the reader process the information in the story, gives their eyes a break and keeps them interested.

I’ve already mentioned how I like to use Google Drive for writing the chapters of my book. I can think of three good reasons why (or four): Please leave this field emptyFirst name Email * Check your inbox or spam folder to confirm your subscription. 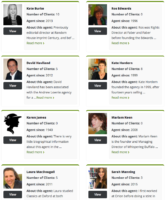 I’ve just signed up to Agent Hunter and am staggered at the number of UK agents listed, each with a more or less detailed description of their interests and the genres they are keen to represent. The FAQ answers many questions I had and points to Writers’ Workshop tips on writing a covering letter, which…

“Look around where you are right now. Describe this setting – but do so in the words your viewpoint character would use.” This was the exercise I was set in the book I’m currently reading. So I tried, in the words and from the point of view of a 6th century peasant boy from Elba! Please…

Among many interesting bits and bites, the December 2012 issue of The Woolf plugged the personal writing editor and coach Pro Writing Aid. Perhaps you all know and use it already. I tried out the free online version and very soon subscribed to the premium edition, which, among other things, builds the proofing features right into such applications as Microsoft Word, Google Chrome…